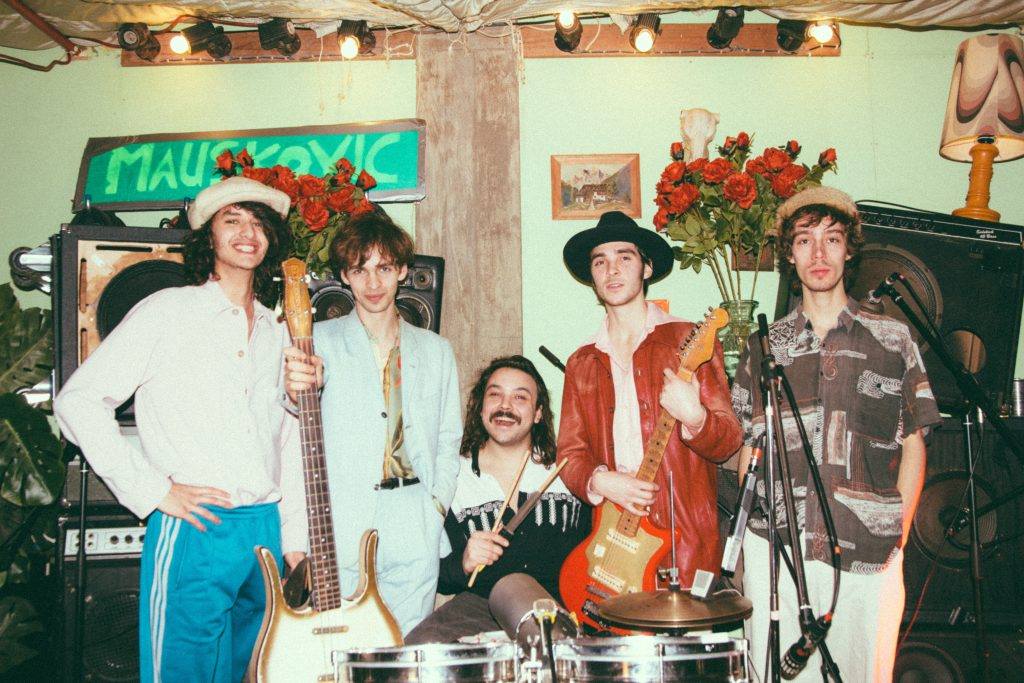 Afro-Caribbean Space Sounds from Amsterdam! After three years of intensive touring around the world with the Jacco Gardner band and Eerie Wanda, drummer Nicola Mauskovic was ready to start a new project in a different direction. He spent some months with his brothers, experimenting in his home studio which resulted in: The Mauskovic Dance Band. After adding the mysterious columbian percussionist Pablo, the band was ready to perform. Described as „70’s Afro-beat and Columbian Cumbia blended with the early 80’s New York no-wave sound of ESG and Liquid Liquid”. With their simplistic and hypnotic sound, the band has one main goal: to make people dance!