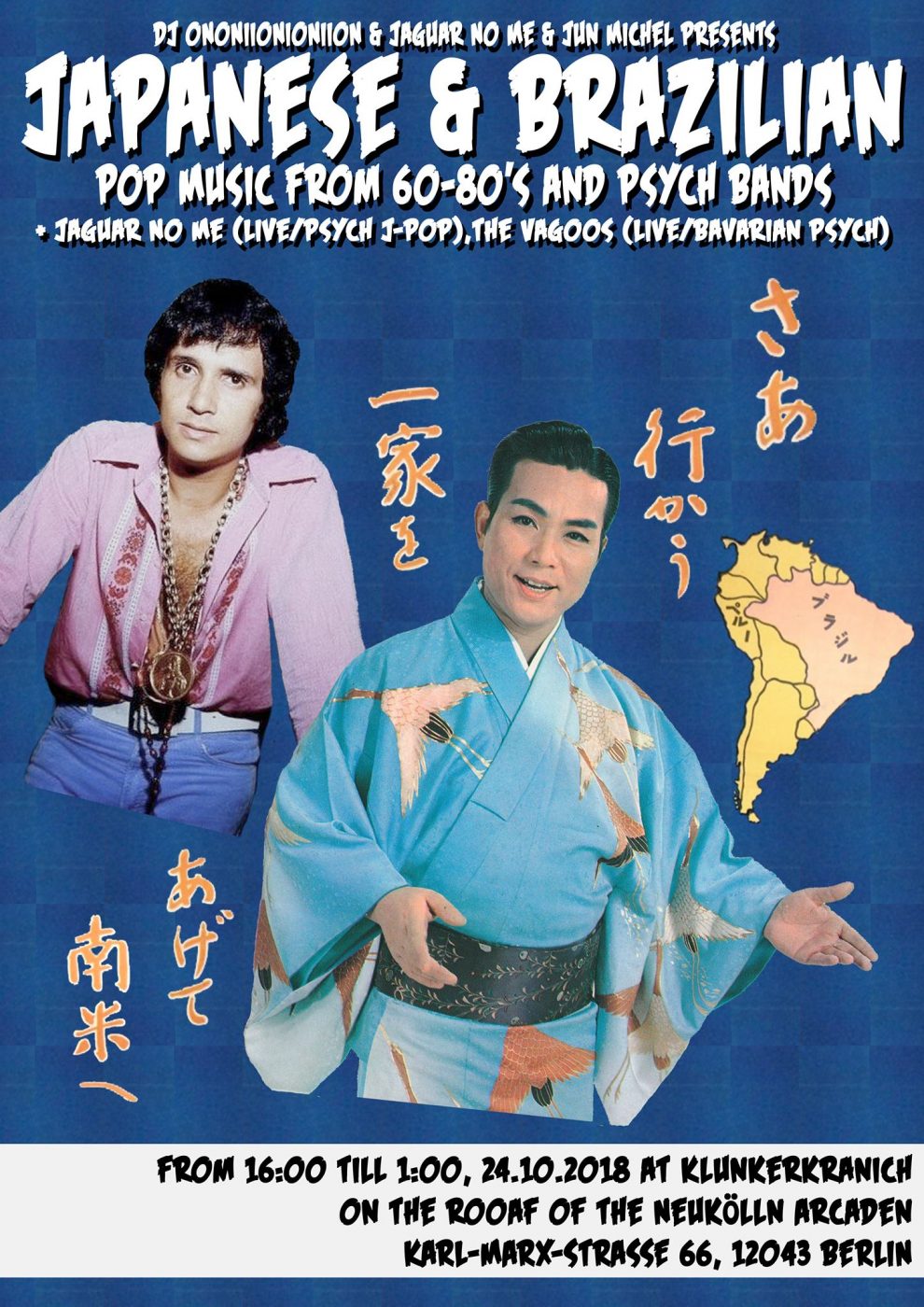 Live Act
<Jaguar No Me>
August In 2017, Berlin based Old J -Pop DJ/Musician,Taishi Nagasaka (DJ ONONiiONIONIION,Cozmik Onion Express,ex-Fat White Family) wrote some songs for Fat Whites,which were not used So He decided to make his band with Max Bauer from Isolation Berlin to make more tracks to start a band.Now, Mi Ho on Drums, Diego on Key and Guitar, Mike (Heiners Bar) on Bass
https://www.facebook.com/jaguarnome
https://jaguarnome.bandcamp.com/

<the Vagoos>
A garage psych phenomenon from the deepths of the bavarian Voralpenland. The Vagoos combine classical garage with surf psych and a sharp punk attitude to something they once titled as Acid Punk but they might be already beyond that. After their debut LP on Off Label Records, they released an EP titled „Love You“ that sounded somewhat like a psyched out turn on „the early beatles in punk“ – and by november their third album „Psychic Action“ will be released through Off Label Records.