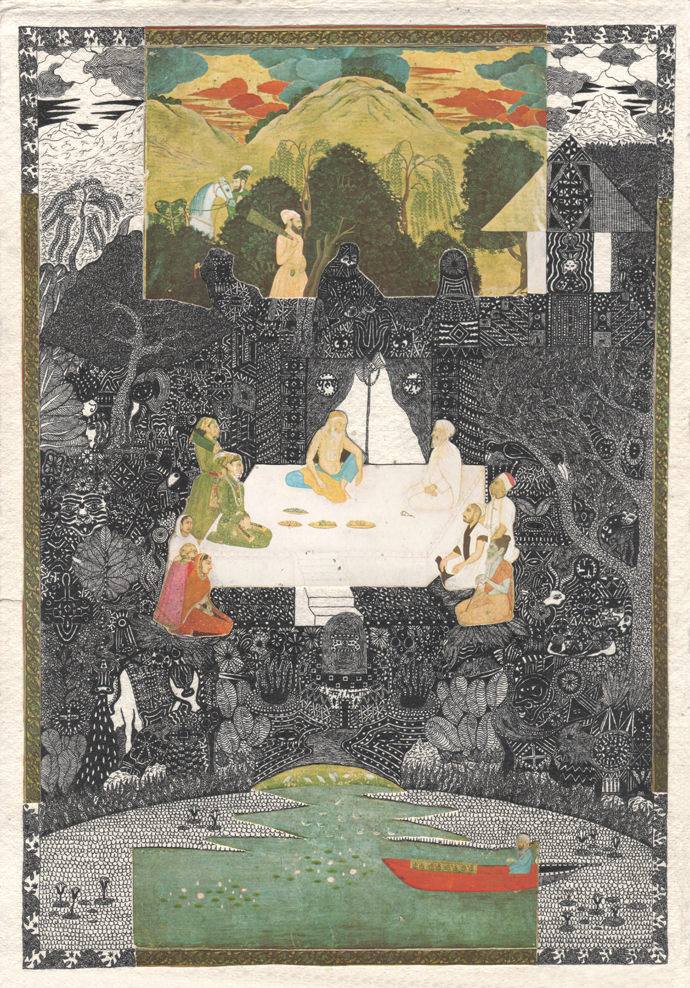 with one of the hypnotizing live shows at Klunkerkranich’s
Wohnzimmer!

The Spiritczualic Enhancement Orchestra (aka SEO & CZUAL) is a recently founded musical ensemble rooted in the ‘Spiritczualic’ occurrence – when spirit and ritual are fused. They create “prophet-able”, unexpected and improvised live concerts emphasizing ceremonial transcendence. Every session features surprise guest-musicians from the reality-defying Outernational Artist Association.

Embarking upon a psycho-magical exploration, guided by “star allegiance”, the ensemble was “Self-Established by Higher Sources”, as they phrase it, on Christmas 2017. The founding duo – drummer Nicolas Sheikoleslami and poly-keyboardist Omri Shmulewitz – came together with the others by cosmic intervention, meeting for the first time while squatting an ancient Talmudic building – making it completely acoustic and noise-proof. There, they operate the short-lived yet powerful Spiritczualic Enhancement Center, Dangerousalem. Then, following government intervention, they embarked on their “Discourse With a Hermit” tour – visiting four epicenters of the synchronistic zeitgeist: Hamburg’s Pudel, Prague’s Punctum, Vienna’s Rhiz and Berlin’s Arkaoda. Every concert included the addition of a new, local bass player – drawn into their transmutative allure. Often, they met for the first time on stage.

The ensemble’s remarkable artist is Dima Rabik, creator of the original works which also contribute their names to the events and compilations.

The CZUALs envision a universalizing concept of organic-spirituality —
which defines itself in the manifest unfolding.