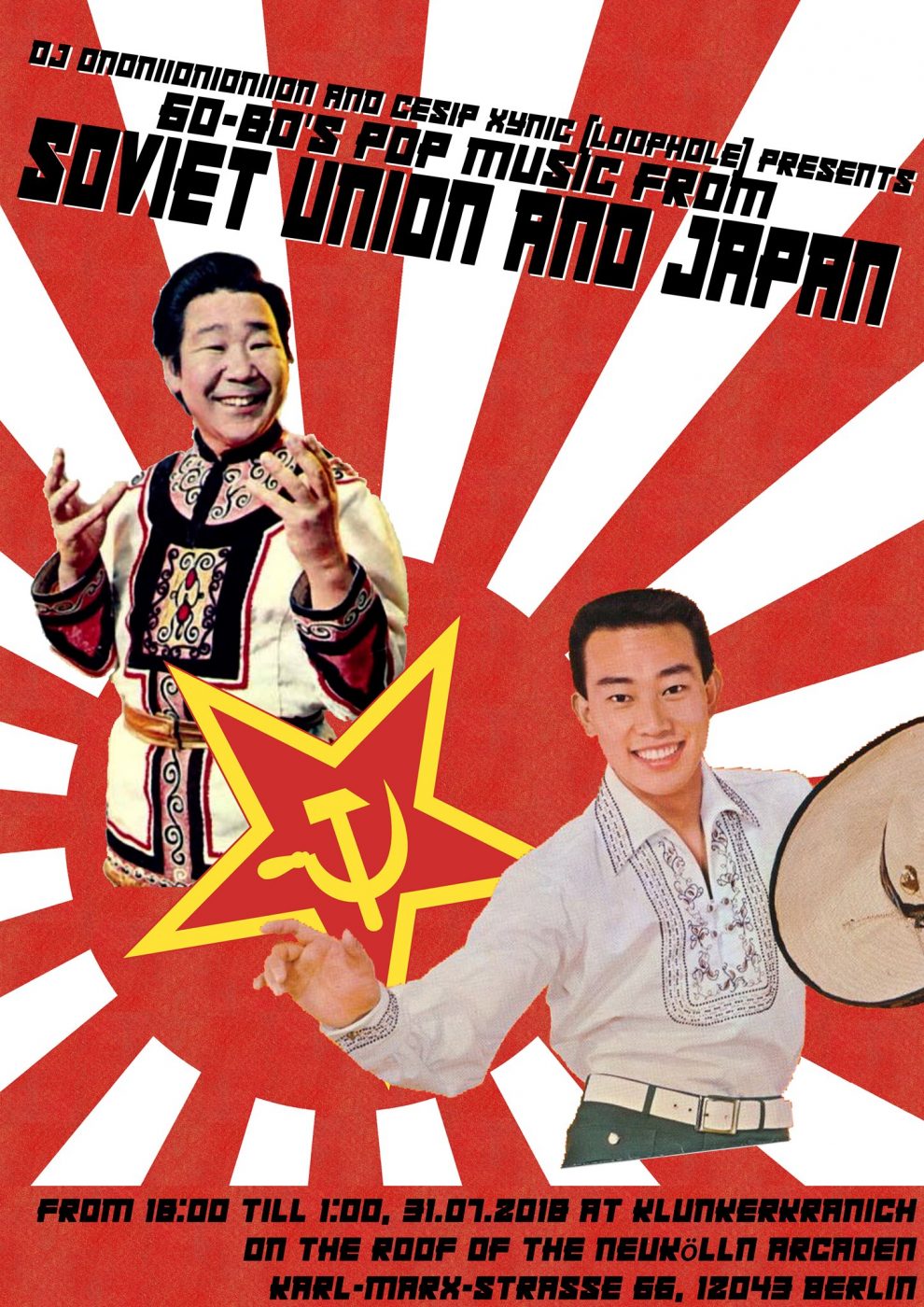 He is from Russia and according to his musical interests in music from Soviet Union era, you will hear something unfamiliar.

and of course well have DJ ONONiiONIONIION play Classic Japanese Pop on vinyls.