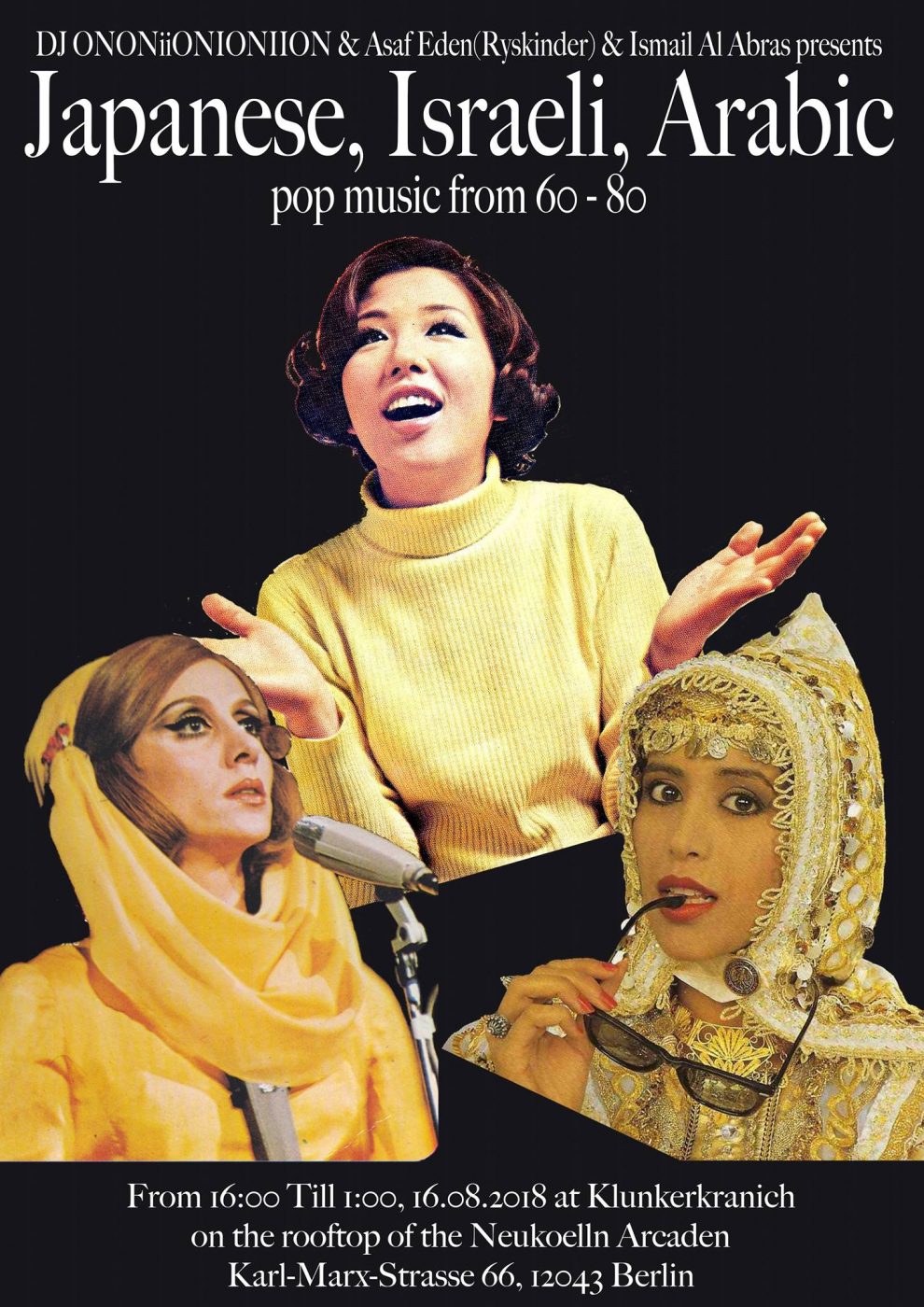 + POP UP JAPANESE VINYLS SHOP will not be there because nobody buys vinyls at this event! haha

Asaf Eden is Jerusalem’s Low-fi pioneer Ryskinder
who create a wild fusion of hebrew sample heavy,Psych beat music
and is considerd one of the most original voices in israel’s underground scene.
website:
https://www.ryskinder.com/

Director and a musician is a Berlin based and he has been through lyrics & composer for singers and did 100,s of video music and Art music . More about
www.ismailalabras.com and in all social media .