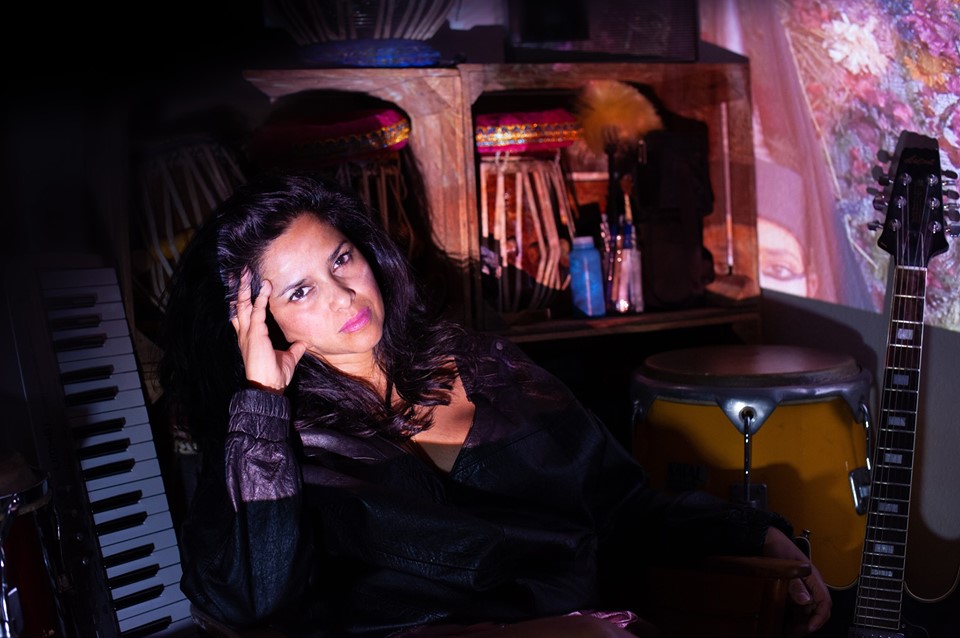 Imagine a party, where Gary Numan is married to The Orb, who are slow dancing with Massive Attack, while Oum Kalthoum is french kissing Prince and finally, Daphne Oram is mixing the drinks. Two years on off in the Holykuti Studios, produced in London, Berlin&Beirut with singers&performers from ireland, Iraq, Pakistan, UK & Lebanon, they dance in the dark, first started as an experiment. Realising her true introversion Renu workedthrough mainly the computer and the philosophy of playing tablas in mind: Creating big& infinite sounds with a minimum Set Up. They dance in the dark largely refernces 80s & 90s Electronic Dance Music, the height of dark, hooky anthems, with an underlying post-colonial narrative: Timeless, but unquestionably current.