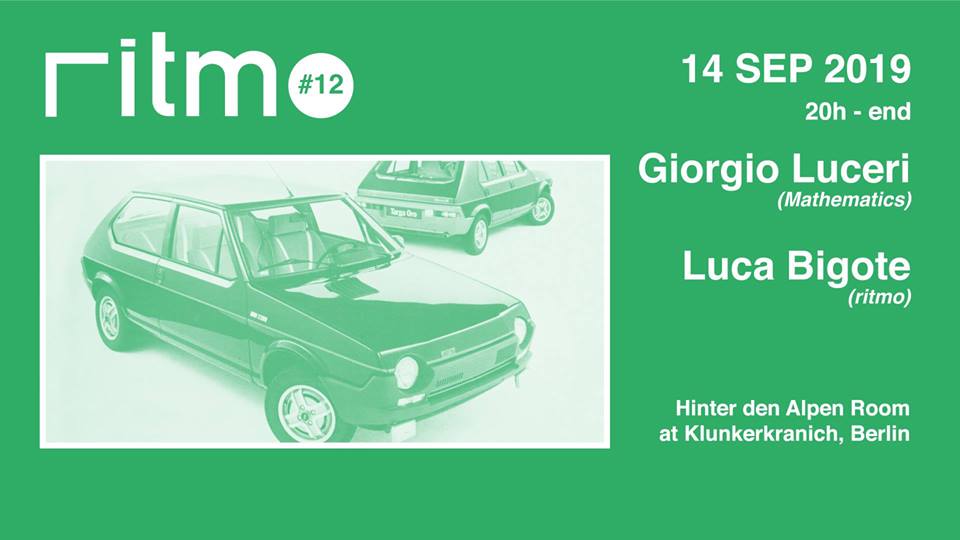 Giorgio Luceri’s path begins during 2011 in Brooklyn NYC, releasing „6D22 EP“ via On the Prowl Records a cure of Marcos Cabral and Jacques Renault.
Months later will be Hieroglyphic Beingto undertake with Giorgio becoming a guide and mentor. With Chicago-based MATHEMATICS RECORDINGS, he released most of his discography among various EPs and his album „Voices in my Head“.
He collaborated with artists like Gene Hunt Chicago, Kai Alce, Jenifa Mayanja, Gregg Fore of Dream2Science and the legendary Gerald Donald from Drexciya.
From 2015 he released music with monikers “Garofano Rosso” and „6D22“.
Garofano Rosso is a tribute to cinema and the world of soundtracks in full connection with electro, horror disco, and post-punk, coming to life thanks to Giallo Disco Records publishing the eponymous EP and the LP Album „Titoli di Coda“, among the classics of Giallo Disco catalogue.
6D22 makes the debut on Mathematics in 2015 and reveals Detroit techno influences recently resumed in EPs like “ISTAR” and “Dragon’s Path” on labels Zeinkali from Tbilisi and the singaporean Midnight Shift.
Giorgio’s releases reveal collaborations with other labels too as Compost Records, Macadam Mambo and UZURI Recordings & Bookings with the „Space Fire Truth“ saga.