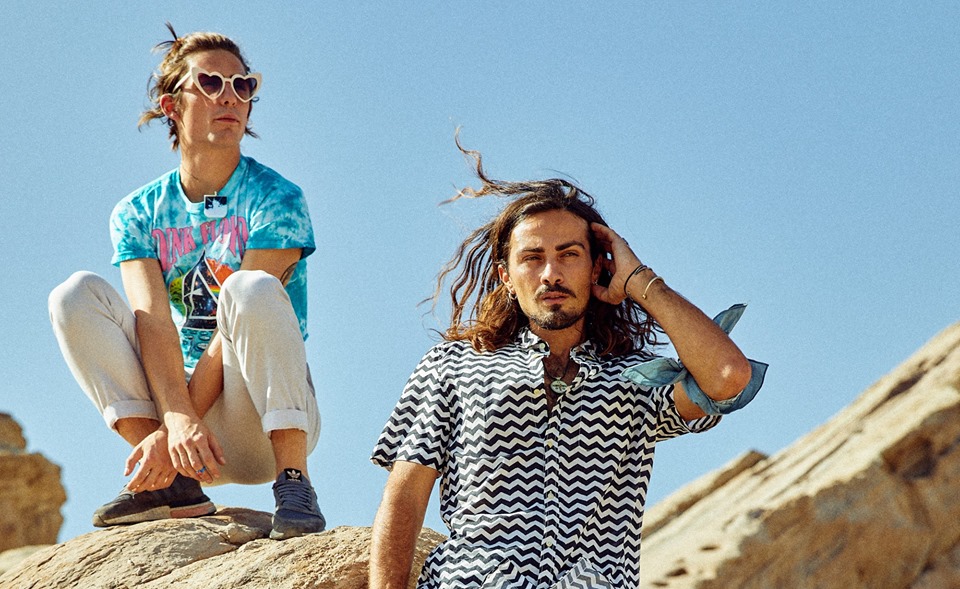 Hailing from various parts of Europe, Morioh Sonder’s sound is an expression of the eclectic personalities of each band member. The original duo of Alexy and Flavy came together in Italy in 2017. After meeting drummer Elijah, the band moved to Los Angeles where they began to refine their sound in front of a live audience, eventually leading them to the cultural melting-pot of Berlin in late 2018. It was not until the band snuck backstage at a show in Berlin and befriended acclaimed producer Martin ‘Lucky’ Waschkowitsch, who recorded and mixed Parcels‘ breakthrough album, who in turn introduced them to bass player Samira that the band was truly formed. Without a home in the German capital and forced to live a transient lifestyle, the band set up camp in Bewake Studios in Berlin with Lucky, where they produced their debut EP “Is This Psychedelia?” due for release in 2020. Morioh Sonder’s songwriting brings together surf pop and psych rock, in an amalgamation with influences from post punk, disco and Brit-pop, all together encapsulating a unique, dance worthy, yet whimsical modern pop sound, sitting somewhere between Tame Impala, Friendly Fires and AIR. The band’s debut single ‚I Want To Die On My Birthday‘ was released on August 23rd.