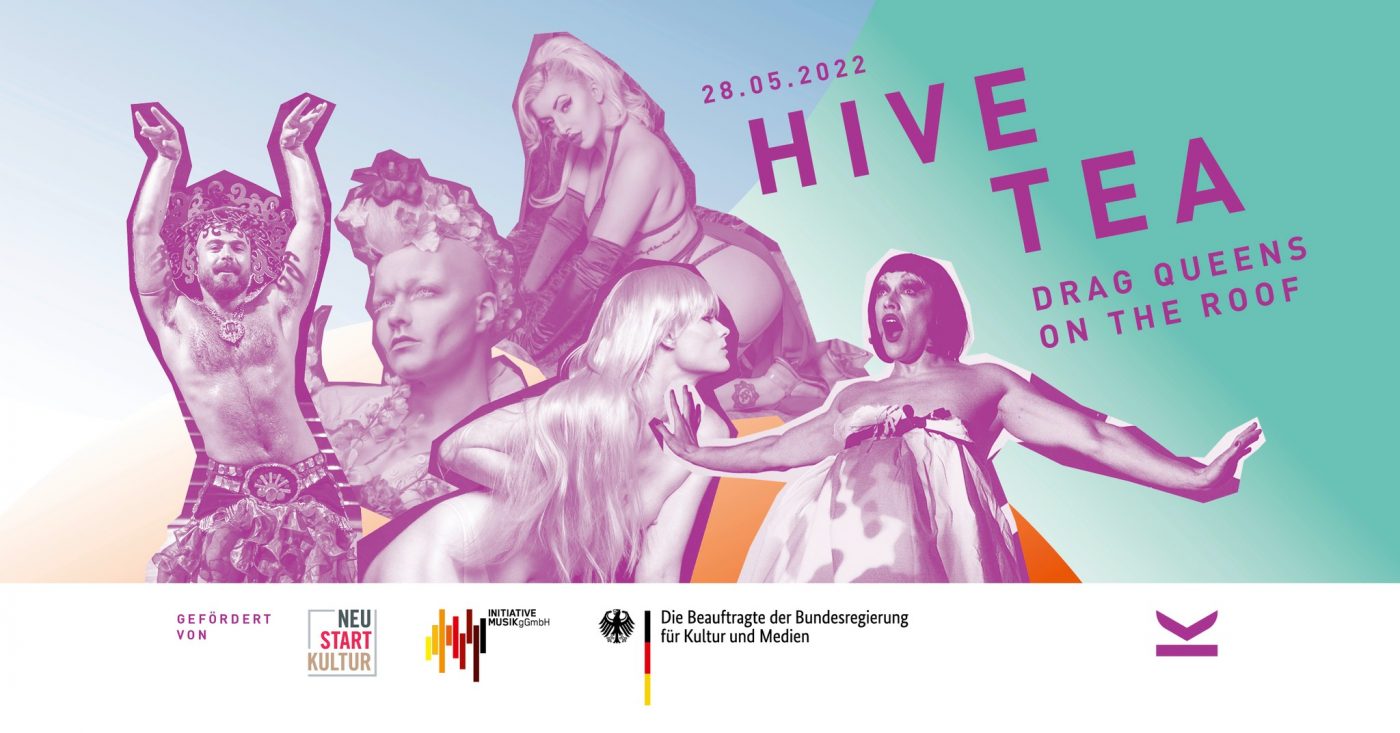 HIVE TEA
Live Drag Shows on the roof!
Shout it from the roofs – HIVE TEA is back! After its first edition in June 2021 HIVE TEA became a regular event on Klunkerkranich, taking over the Open Air Stage, bringing fabulous Drag Shows once a month for your pleasure.
Don’t miss!
*
Saturday 28th of May 2022
From 16:00
Sunset MF aka Anna Bolena
19:00 – 20:00 (Showtime!)
hosted by Alexander Cameltoe
Aftershow: Adrian vom Hove
(Klunkerkranich)
/w
Eddy Entropy
Insta: @eddyentropy
Eddy Entropy is an embodiment of multiplicity and an estrogen-ridden enzymatic faerie, intent on making chemicals react and increasing the chaos of the cosmos evermore. She’s also a messy b*tch who lives for drama.
Felicity Felicis:
@felicity_felicis
Felicity Felicis is THE Rock ‘n’ showgirl. Felicity brings high energy to the stage, a hedonistic affair, always leaving the audience wanting more. Whether she’s playing with fire or stripping her way into a whirlwind, she truly is a force of nature who has taken the scene by storm.
Topaz Be:
@topaz.be
Born and raised in London, Topaz Be is a gender bendy firework of queer energy, who now lives with us and her wonderful “Family Be” here in Berlin.
Why Topaz? Because the jewel gets it’s color from the “impurities” found within. That is, it’s these “imperfections” that give Topaz her sparkle.
The Darvish:
@thedarvishofficial
Darvish is a Non-binary Syrian selftought Dancer, Cultural events and performance parties organiser. After immigrating to Berlin, Germany in 2016 Darvish started exploring more and more with gender identities and artistic expressions and more so, questioning the relationship between social boundaries and performance Art.
Entrance: 7€
http://klunkerkranich.org/