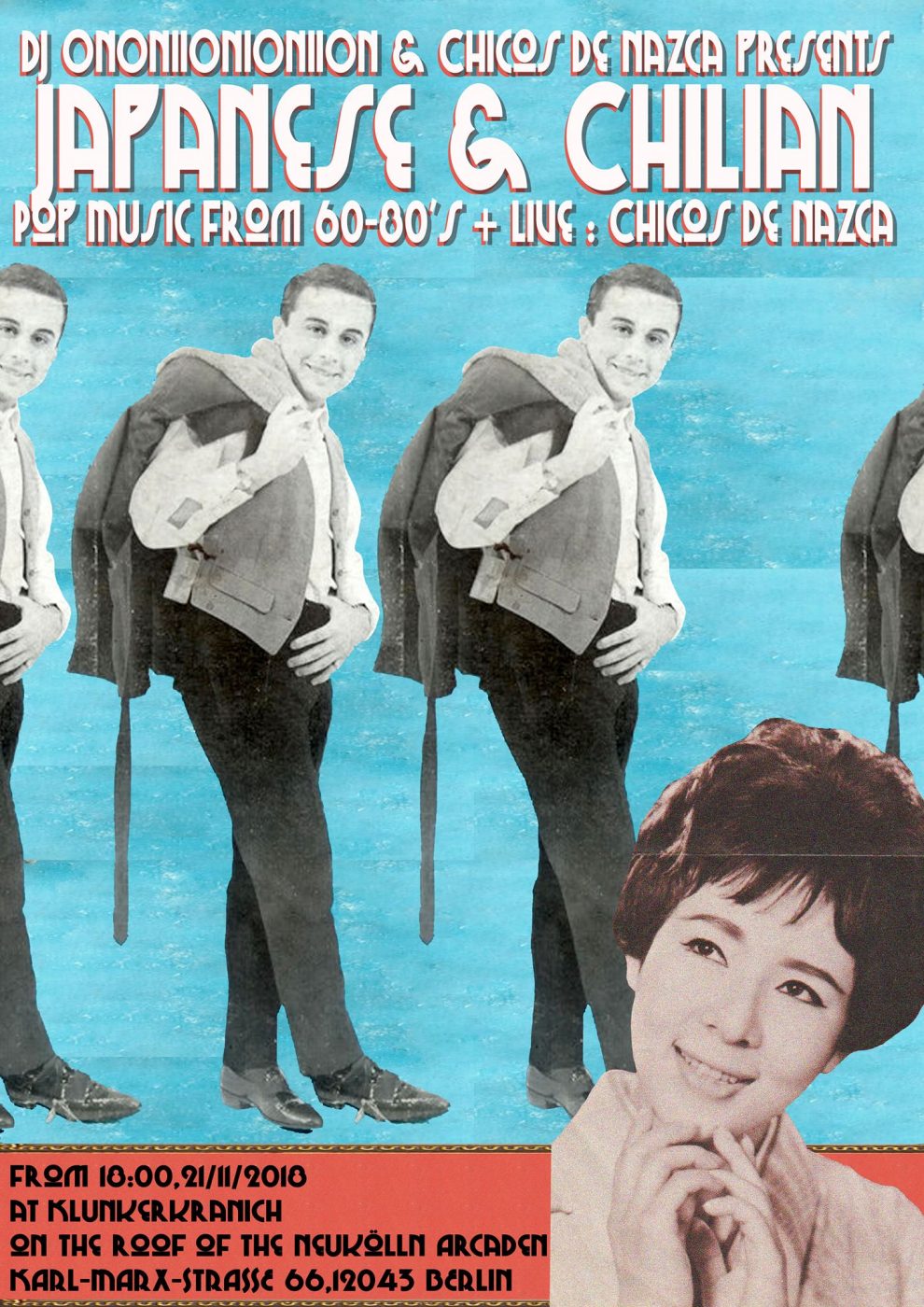 Live Act
<Chicos De Nazca>
Chicos de Nazca is a band from Santiago de Chile, based in Berlin, formed in 2010.The vast and lush landscape of Chilean psych-rock has been well-documented over the past few years with notable acts such as FÖLLAKZOID, The Holydrug Couple, la hell gang, and NOVA MATERIA, but now, the spawn of La Hell Gang known as Chicos De Nazca has finally emerged with their 4 LP’s, almost 5.
https://chicosdenazca.bandcamp.com