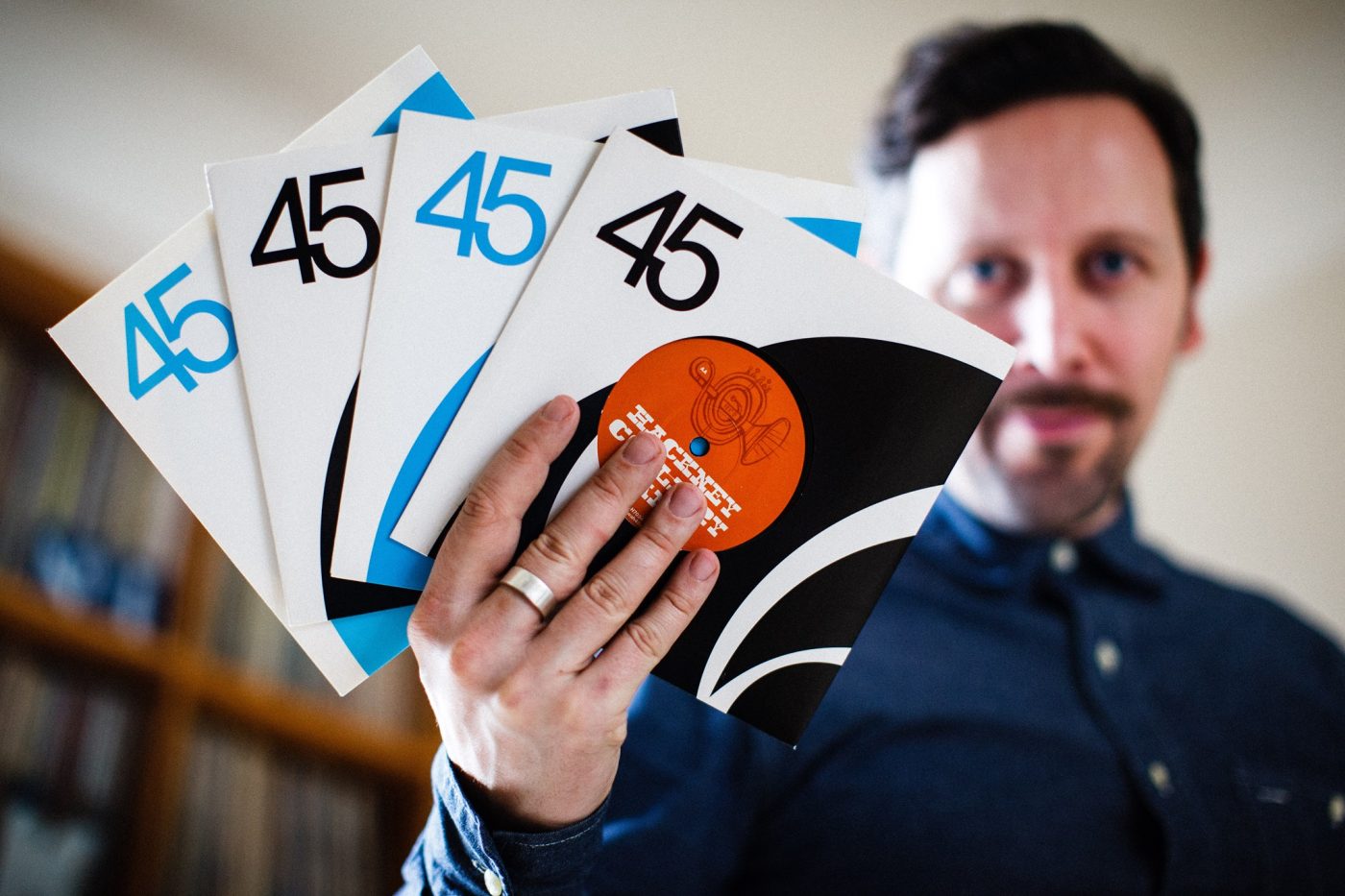 Wah Wah 45s are very excited to return to their beloved Berlin to celebrate 20 years of releasing soulful music of all kinds from Afrobeat to electronica and dub to house. Boss man Dom Servini will be taking to the decks and will be joined by one of the label’s latest signings, and new resident of the German capital, Lavan. Expect foot friendly selections from across the musical smorgasbord!

Dom Servini is a stalwart of the eclectic music scene in London. As co- owner of the Wah Wah 45s record label (this year celebrating its twentieth birthday) and resident DJ at their club and live events, as well as being an internationally respected turntablist, Dom knows not only how to rock a party, but also has the knack for finding an exciting new artist or two. Dom has been responsible for signing Honeyfeet, Hackney Colliery Band, The Milk, Dele Sosimi, Resonators and many more.

Dom is also an experienced music journalist, and was singles editor for jazz bible Straight No Chaser from 2003, then its offshoot Shook, followed by his own double-spread in the black music monthly, Echoes magazine, and now writes regularly for the highly respected Bandcamp website as well as the resurgent SNC, back after a long hiatus.

As a radio DJ, Dom hosts his own monthly radio show on both Soho and Netil Radio, as well as a Wah Wah Radio show with label partner Adam Scrimshire. Both the latter and Dom’s previous weekly show on Back2Back FM have been shortlisted in the Mixcloud Awards, and the Wah Wah Radio Show won Best International Funk & Soul Radio Show 2014.

Dom was also recently ranked by FACT Magazine as number 7 in the Top 100 Most Underrated DJs on the planet!

Over the past two and a half decades Dom has played across the globe, from touring Japan, North America and Australia, to regular gigs in Europe. UK gigs have included residencies with Gilles Peterson as well as currently the famous South London Soul Train, Horse & Groom and weekly Fridays at The Jazz Café. Dom is a festival regular and has played The Big Chill, Soundwave Croatia, Lovebox, and Bestival to name but a few, and every year DJs and hosts the Southern Soul Festival (which he co-founded) in Montenegro. His energetic and open-minded mix of anything soulful, be it afro-beat, jazz, house or hip hop, make him a club favourite.

Hailing from the UK, but now living with every other DJ and producer in Berlin, the ever talented Lavan comes with a unique rawness and infectious energy that spills out into the crowd. With top notch releases on BONN, Masterworks, Forgot Records and Wah Wah 45s, of course, he knows how to move a crowd. His productions illustrate his deep commitment to music of the past and present, prompting all listeners to keep eyes firmly on his future movements.