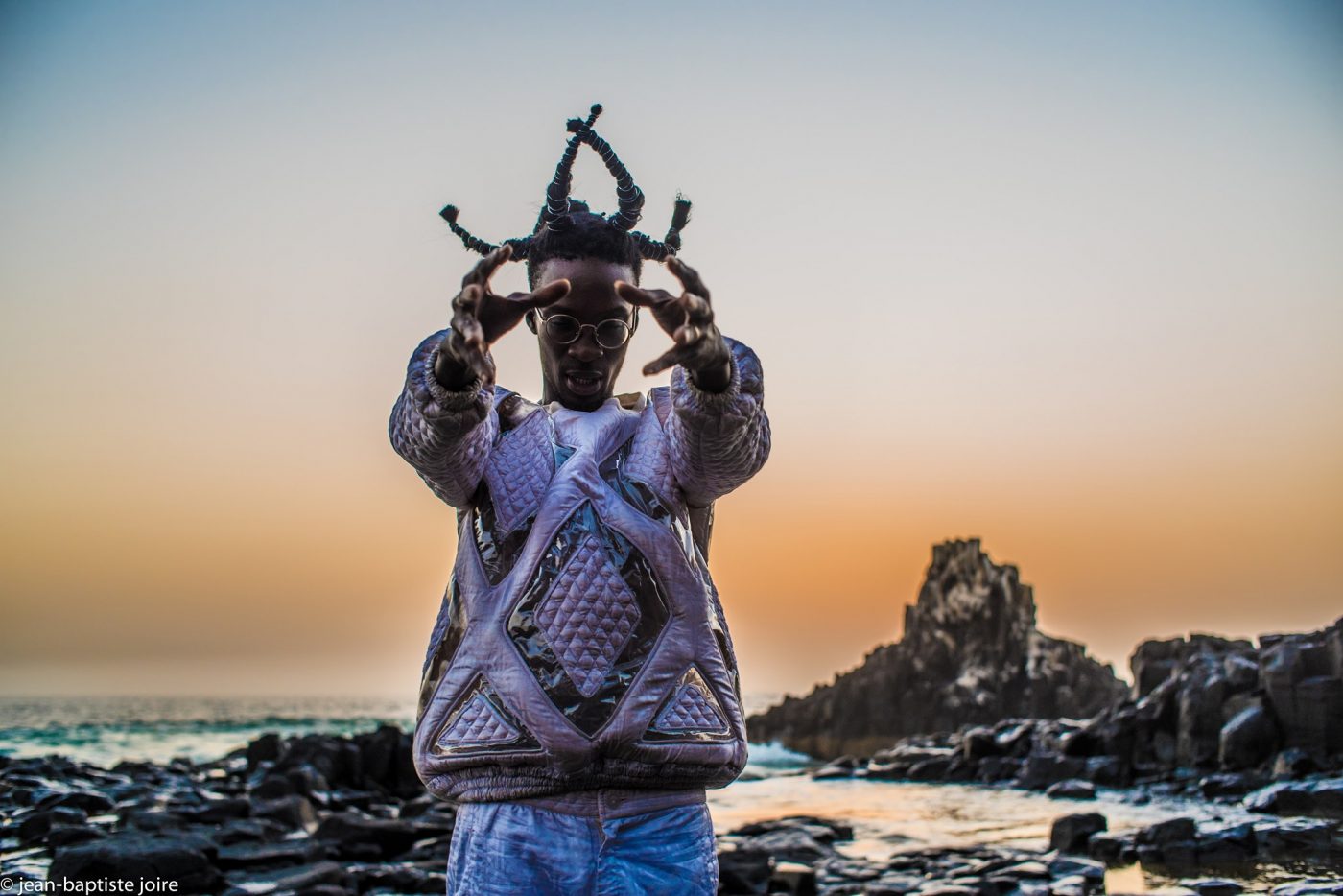 Born in Dakar, but originally from Casamance, Ibaaku is a prolific artist; not only a producer but also a multi-instrumentalist, author, composer and radio host.
Before launching his solo career, he has worked for a few years with the best Senegalese hip-hop artists, including Xuman, Keyti, Daara J (Faada Freddy’s group) and PPS.

He furthermore remains a key member of the collective I-Science.
Ibaaku also collaborates regularly with other cultural and artistic fields, such as fashion, visual arts and video. The already cult record « Alien Cartoon »was born from the collaboration between the Senegalese designer Selly Raby Kane (who dressed Beyoncé among others) and Ibaaku, (who composed the music for one of her fashion shows).

Both hip-hop and experimental electro music, blended with Senegalese references and remixed local sounds, represent the major influences of the DJ’s first opus. Here and there,
some great references to the Beat Scene and its leader Flying Lotus can be found. We may also think of Sun Ra as an intellectual and visual reference, notably because of the Afro-
futuristic imagery proposed by the two artists.

Let yourself go on the Seneg-Alien’s space shift to measure the unique power of this cosmic being from Dakar’s nights!