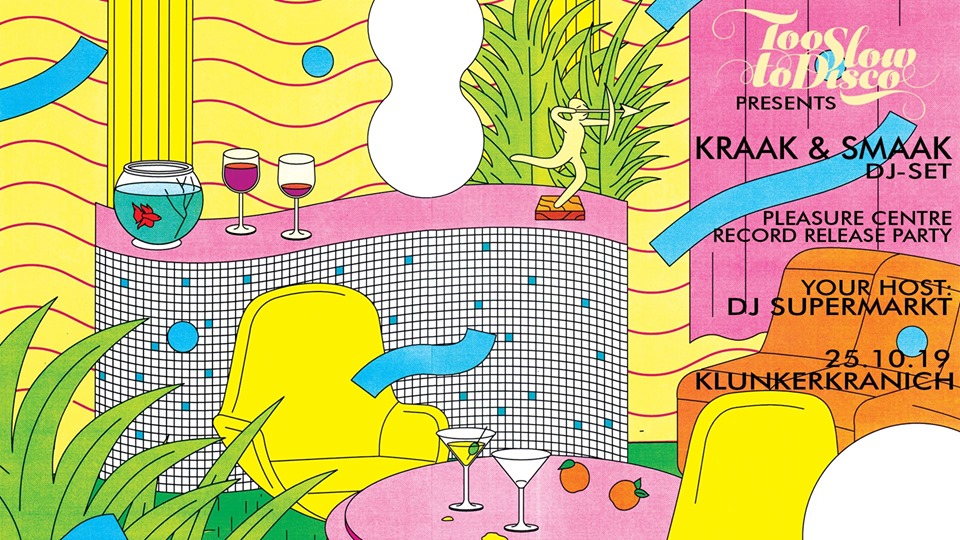 Too Slow To Disco | 25.Oktober | Klunkerkranich

We return to our favorite Berlin Rooftop for a very special occasion, a dj set by one of our favorite European producers:

The album has a definite West Coast US folk and hippie vibe to it and sees them fuse classic 70’s and 80’s yacht rock, dream pop, and indie influences in with their signature electronic funk sound. And this result is no mere accident or emulation… Working on the demos in their own studio before travelling to LA for a month last year to meet and work with featured artists, they stayed in Echo Park and recorded in local studios and sometimes even in the homes or backyards garages of their collaborators.

Hand- picking the best of the local talent: dance diva – Gavin Turek, indie upstarts – The Palms and dream pop dealer – Satchmode all contribute their talents to the cause.

The Dutchmen have earned a deserved reputation in particular for the A&R side of the industry, with both the discovery and collaboration of new rising acts high on their agenda. Previous successes include working with Parcels, Alxndr London (championed by Annie Mac) Eric Biddines (6Music playlisted) and Cleopold (signed to Nick Murphy fka Chet Faker’s own label). And they continue to uncover hidden gems outside of LA on this record too…