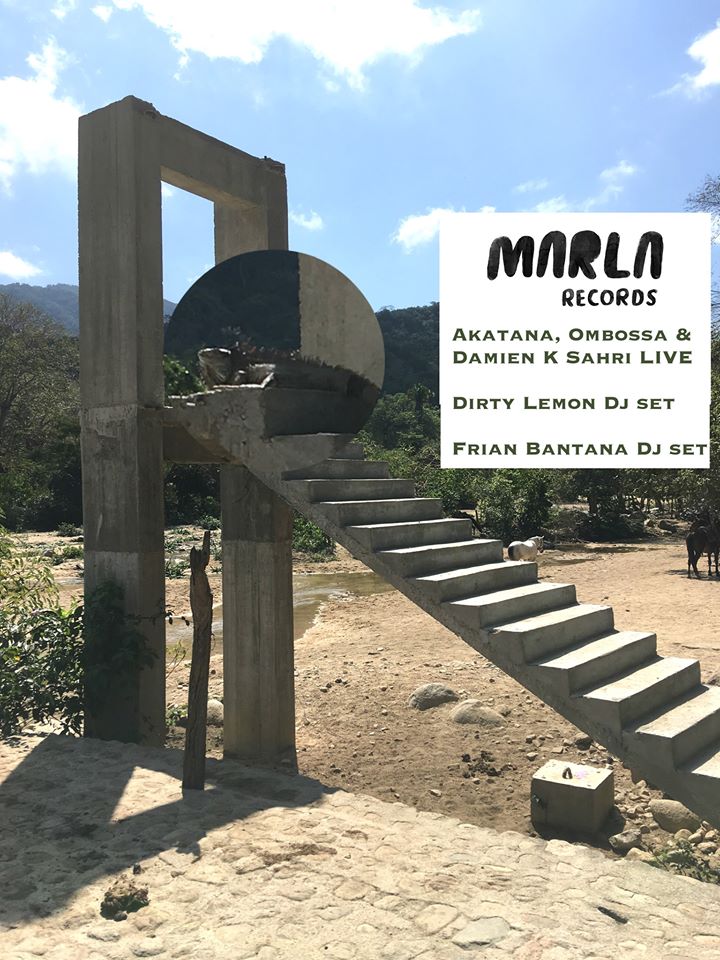 For this evening, we have invited Marla Records to curate the line up in our Wohnzimmer. Marla records is a record shop – coop organization founded 4 years ago , currently growing into an evolving community of friends and like minded people.

The concert will be performed by a french collaborative group, that had put out one of our favorite records of the year,.
Myocarde LP from Akatana & Ombossa on Zu:hause records. Expect cinematic soundscapes, electronic finesse and delayed infused sequences with the participatory presence of Damien K. Sahri.
https://soundcloud.com/zuhause001/sets/akatana-ombossa-myocarde-zuhause-001

The first part of the evening, we will have the music of young spanish producer Alvaro Legartera aka Dirty Lemon from Panea records. He is a fundamental part of Marla, with a fresh approach to music and warm personality. This time with a downtempo selection.
https://soundcloud.com/dirty-lemon-panea

For the second part, we will have Frian Bantana,
He has been part of Marla records since the beginning. Vinyl enthusiast, a regular of Berlin nightlife and a constant at the ambient floor of Garbicz Festival.
Mad, moody, streched out melancholic selections with a twist. We catch him this year at Fusion festival, fell under the spell of his music and had to invite him to play with us.
https://soundcloud.com/srfrianbantana/frian-bantana-fusion-2019-dubstation-1